Dr. Pham Do Chi: Vietnam must be awake & # 39; for political and economic reforms

vietnam January 1, 2019 vietnam Comments Off on Dr. Pham Do Chi: Vietnam must be awake & # 39; for political and economic reforms 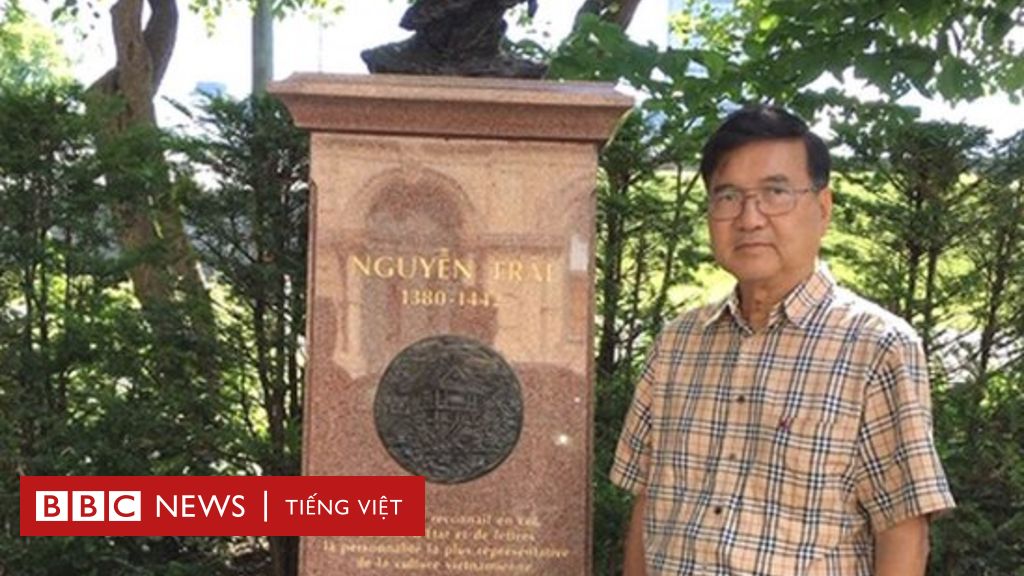 Dr. Pham Do Chi, who worked as a consultant for Laos & # 39; Secretary-General Kaysone Phomvihane and President Togo, reiterated that he "fell asleep" due to political and economic reforms.

Dr. Pham Do Chi currently lives in Florida, USA, and has also signed a petition for the 2019 eight-point propaganda of Vietnamese people who love freedom, democracy and justice, living in and out of Vietnam.

Respond to the BBC end of 2018 during a visit to Europe at the end of November 2018, he saidTo solve the root of the case terrible corruption over the years, Vietnam needs political institutional reforms.

First he talked about his life and career as an economist who brought him around the world after 1975, before returning to Vietnam.

Dr. Pham Do Chi: After completing my high school, I received a Colombo scholarship and went to study a Bachelor of Economics at Laval University in Quebec, Canada. Then I received another scholarship to study Master and Doctor of Economics at the University of Pennsylvania, USA. After my PhD, I joined the program of young economists from the International Monetary Fund (IMF) and worked here for 27 years.

During my studies, I returned to Vietnam twice in 1971 and 1973. In 1973, I received a number of vacancies in Vietnam from domestic economic leaders. . At that time, however, I noticed that I did not have enough experience, so I decided to go to school for another two years to be promoted.

About the life of the Vietnamese minister Chau Kim Nhan

When will Vietnam return to innovation?

Then listen to newspaper against corruption before 1975

Chau Kim Nhan, former finance minister of Vietnam, told me that if I only came back in the next two years, I would not be able to contribute to the country because I did not know the conditions in South Vietnam at the time. How is that Faithfulness to the prophecy of Nhan, after April 1975, I no longer had the opportunity to work in Vietnam.

BBC:Can you tell us about the time you lived and worked abroad after 1975?

When I first worked for IMF, I worked mainly in African countries. This is a way for me to ease the mentality of contributing to my homeland and the underdeveloped countries of that time. Later I was appointed IMF representative in Togo, a small country in West Africa, within three years.

During my stay in Togo, I had the opportunity to meet personal economic adviser and act for President Gnassingbé Eyadéma. Because Mr. Eyadéma once had time to go to the army for France in Vietnam and knows this country well, we came very close.

Before returning to Washington, Mr. Eyadéma particularly gave me Togo's medal of honor as an IMF representative. This decision comes in particular at a time when African countries are fighting fiercely against the IMF's austerity policy to sue for a comprehensive economic policy reform.

In 1991 I moved to Laos in the hope that this is the time to get a chance to work in Vietnam. Laos was the first country in the socialist bloc to invite the IMF representative to work.

Here I also had the opportunity to serve as a personal adviser for former Secretary General Kaysone Phomvihane. Mr. Phomvihane has a Vietnamese father and his mother is Laotian, so he speaks Vietnamese very well.

As an IMF expert who helps reform the economy of Laos, I advised Laos to increase his tax on gasoline to increase his budget. The offer initially received a fierce opposition from the then Minister of Finance, but received the approval of Phomvihane. This is the time when I work most effectively, more than ever in Togo.

This time, Prime Minister Vo Van Kiet paid a visit to Laos and I had the opportunity to meet him at the Vietnamese embassy in Laos. Then Mr. Vo Van Kiet invited me to return to Vietnam several times to consult Vietnam's Doi Moi policy at that time.

This is the inspiration for me to write the book "Awakening the Sleepless Dragon" published in Vietnam in 2001.

BBC: What is your greatest memory during your time in Laos?

It was a party with the late Secretary General Kaysone Phomvihane when he was about to die for cancer. Mr. Phomvihane invited me to visit the bed and said he wanted me to stay in Laos to help Laos. I was moved, suddenly burst into tears when I heard this offer. This is a surprisingly incredible exchange between a leader of the Communist Party and a representative of a large capitalist financial institution like IMF, a human memory that I have never shared in a book or book. each article.

BBC: How did you work in Vietnam?

During my time studying abroad or working in other countries, I always look forward to going back to Vietnam. I call it "Vietnam in me" syndrome.

After I stopped using IMF in 2001, I returned to Vietnam. Initially I worked as Deputy CEO and Chief Economist for VinaCapital Investment Fund. Then I worked as an American International Development Program (USAID) economic advisor for the Government of Vietnam. This is my most active time in Vietnam.

In my opinion, the economic policy under Mr Nguyen Tan Dung is completely against the innovation policy and only serves a specific, ambitious group. This policy has so far had serious consequences for the economy. The most effective period of innovation in Vietnam followed me by the late Prime Minister Vo Van Kiet and Prime Minister Phan Van Khai.

In recent years, the Vietnamese government has stimulated economic growth and solved some problems, such as bank debt or national government debt. However, corruption is still the biggest problem of the Vietnamese economy. Without specific political institutions for corruption, it is difficult for the government of Vietnam to reform the economy.

China is also in a deadlock due to corruption. China will not be able to successfully reform its economy without democratic reforms.

BBC:According to him, which companies are involvedweakening of the economy of Vietnam?

Of course it is not because the policy inheritance is pretty bad. Over the past two years, the government of Vietnam has been trying to stimulate economic growth and only partially solve a number of major problems, such as bank debt or national sovereign debt.

Most of them are state-owned companies called "steel punches", mostly Vinashin, Vinalines, PVC and Mobifone. These are cases that have seriously affected the Vietnamese economy in the past ten years.

In order to resolve these incidents, Vietnam needs to reform political institutions. This decision is from the current leaders of Vietnam. This is the moment when Vietnam needs to think again and look at countries like Myanmar to implement reforms.

I had a speech in Vietnam entitled "Please wake up". Once again, if we are not awake, we will not be able to solve the problems of political institutions and economic reforms.

The interview with Mr. Pham Do Chi is in the series Vietnamese people worldwide. BBC always receives different stories about Vietnamese people and their activities, ideas, thoughts in the world. Contact the editors at the address [email protected]

It is rare for soldiers to do business

Circular 19: Uncontrollable, can cause unpredictable damage & # 39;