Prepaid subscribers Viettel, MobiFone, VinaPhone will be redeemed as of 01/01/2019

vietnam November 13, 2018 Kinh doanh, vietnam Comments Off on Prepaid subscribers Viettel, MobiFone, VinaPhone will be redeemed as of 01/01/2019 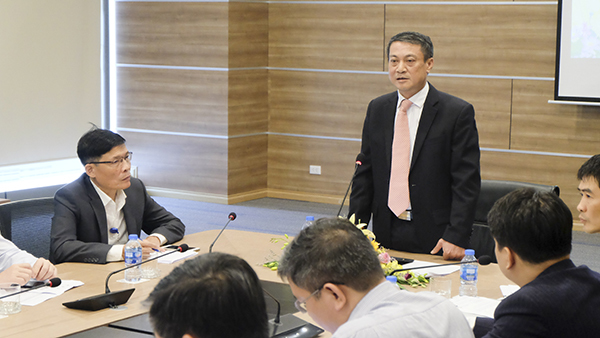 With the service for number changes, mobile subscribers of the four providers Viettel, VinaPhone, MobiFone and Vietnamobile can change the network, but still retain the number of subscribers.

How to register for mobile network service

The subscribers of Viettel, VinaPhone and MobiFone have been transferred from 16/11

Subscribers to VinaPhone, MobiFone and Viettel will be able to keep their number with VND 120,000

The fixed-line mobile telecommunications network service is a service that allows mobile subscribers to switch service providers while retaining a telephone number (including network code and lease number). bag).

The network transfer service was first introduced in 1997 in Singapore. Nowadays, the service is available in more than 110 countries around the world and is a growing trend in the mobile telecommunications market.

The maintenance of digital network services will bring many benefits to the telecoms market, telecommunication companies, mobile subscribers and the management objectives of government agencies.

For mobile subscribers, this service offers the possibility to choose the service provider that best suits their needs, while retaining the phone number, removing the barrier to replace the new phone number, thus causing problems in the work and activities of the user .

For telecom companies, this is the driving force for mobile companies to improve their competitive position by improving service quality, improving customer service, especially long-term customers who are attached to them. . This can be seen as a growth channel for subscriptions in the context of the mobile telecommunication market and is gradually becoming saturated.

According to Deputy Minister of Information and Communication Pham Hong Hai, digital roaming services are one of the policy measures to promote competition in the telecommunications sector, in addition to professional arrangements such as separate books. Cross-licensing, transparent licenses, equal treatment of spectrum sources, digital archives.

Deputy Prime Minister Pham Hong Hai said that many countries have used fixed line services between fixed and mobile numbers. This is the way to personalize the phone number for each person.

Implementing this service has been implemented by MIC for many years. However, to deploy, companies must invest, uniform process tasks, selection of implementation models. This takes a lot of time because of the need for synchronization between companies.

The spirit of the Ministry of Information and Communication is that from November 16 every subscriber, first postpaid subscribers, are on this network, but wanting to switch to another network is very possible and still keep your subscriber number.

From 1 January 1919 all subscribers, both prepaid and postpaid, can keep their figures intact, said Deputy Minister Pham Hong Hai.

The subscribers of Viettel, VinaPhone and MobiFone have been transferred from 16/11

This means that from November 16 mobile subscribers of Viettel, VinaPhone and MobiFone can register for the new operator, but still keep the old telephone number.

A number of important issues were discussed in the third quarter of 2018, including 5G deployment and grid switching services. number.

Subscribers to VinaPhone, MobiFone and Viettel will be able to keep their number with VND 120,000

Mobile users can switch freely between carriers without having to change their subscriber number. The unchanged number will be used in November 2018.

ESIM technology is being developed by Viettel and VinaPhone and will soon be released in Vietnam. This information was released just in time, because the iPhone Xs 2 SIM has just appeared on the domestic market.