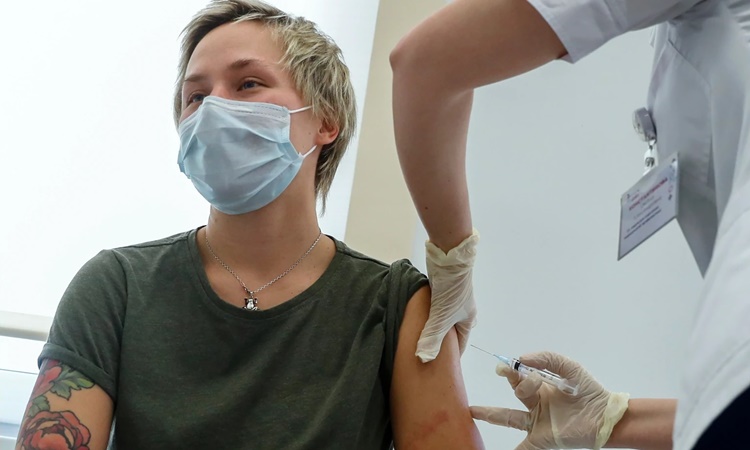 Centers in the Russian capital are vaccinating voluntary recipients three days after President Vladimir Putin ordered the launch of a “large-scale” vaccination campaign against Covid-19, despite the Russian vaccination. The development has not been shown to be fully compliant with safety and efficacy standards.

President Putin said on Dec. 2 that more than two million doses of the Sputnik V vaccine will be distributed in the coming days, allowing local authorities to vaccinate medical personnel and teachers across the country. nationwide from next weekend.

Moscow leads the way with the launch of immunization facilities on December 5. Doctors, teachers and city government officials were invited to plan the injection. Moscow Mayor Sergei Sobyanin said about 5,000 people signed up just hours after the system started operating.

“Of course I am skeptical, especially in the context where the clinical trials are not over yet,” said Tatyana Kirsanova, who received the vaccine at a clinic in Moscow on December 5. “But I still decided to register to protect myself with all possible options”.

Russia is the world’s fourth largest epidemic zone with more than 2.4 million cases and nearly 43,000 deaths. Like many European countries, cases in Russia have increased recently, but the pace of the spread has slowed after peaking on Nov. 27. Russia did not block the country in the second Covid-19 wave, but instead imposed restrictions on each region depending on the level of risk.

The Kremlin has made sure that the Russians are vaccinated first, and Moscow is also discussing agreements to supply vaccines to other countries. “The absolute priority is the Russians,” said Kremlin spokesman Dmitry Peskov.

In August, Russia urgently approved the Sputnik V vaccine before the third phase of testing was completed. Russia says the Sputnik V is 95% efficient. Vaccines are expected to cost less than $ 10 in the international market with a storage temperature of 2-8 degrees Celsius, higher than some other varieties.

Vu Hoang (According to the AP)