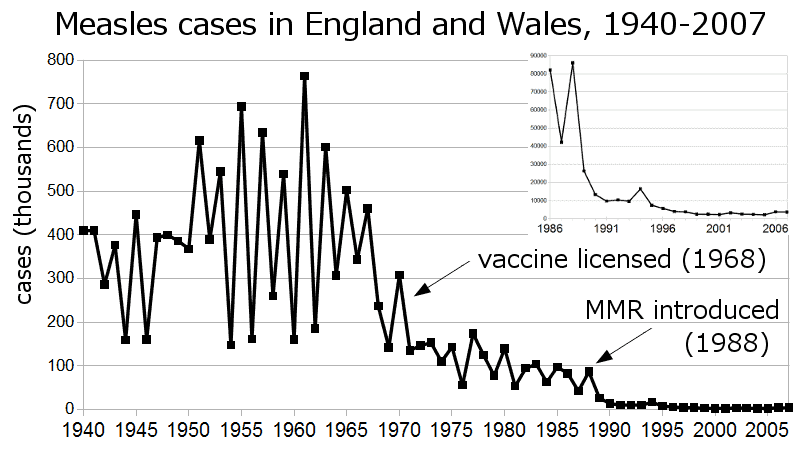 Measles kill both children and adults in Europe, in an outbreak largely fed by anti-vaccination fears.

Between 1855 and 2005, measles have estimated to have killed approximately 200 million people worldwide, responsible for some of the worst eruptions in modern history. The first measles vaccine was developed in 1963 and has since improved considerably. As a result, the fatal accidents have fallen dramatically in recent years – until recently.

In the past few years, an anti-scientific movement has slowly developed: antivaxing. Raised as a marginal movement and initially thrown out and ignored – after all, why would anyone reject scientific progress that saves lives – antivaxing has grown to the point where it has a major impact: deterring people from vaccines, and making everyone more vulnerable to the threat of diseases such as measles.

[Also Read: The Pseudoscience of Antivaxxing]

Coincidentally, the measles virus had an unexpected ally: populist politicians, generally from the right-most of the spectrum. Donald Trump has put himself in the antivaxxer camp and tells an alleged story about a two year old autism & # 39; got a week after she had the MMR – of course, without presenting facts to support this idea. In France, Marine Le Pen encouraged people to refuse vaccines, and it should not surprise anyone that their positions often fall far to the right. Italy's attempt to increase vaccination struck a wall when the new populist government decided to relax the legislation.

But the refusal of a vaccine does not exclude any party or political opinion. Instead, the more general feature seems to be a tendency towards conspiracy theories – and especially an aversion to large pharmaceutical companies. Fueled by hatred and fear, strengthened by bots from social media and supported by populist politicians, antivaxers have achieved their goals: they have spread the seeds of doubt and the seeds have taken root – and that root is this big outbreak.

What can we do

Sarah Boseley of The Guardian explains that you are no longer reading about vaccines that cause autism in the newspaper – it is simply shown to be false, time after time. But it does not matter that much in the modern era of social media. People (and bots) can easily spread fear and doubt, even if it completely ignores the truth.

What is important here is that we are all together in this. Nobody wants a new outbreak of measles, nobody wants his loved ones at risk. We can not let the diseases win and we have the best tools to fight them. So let's do it together, shall we?