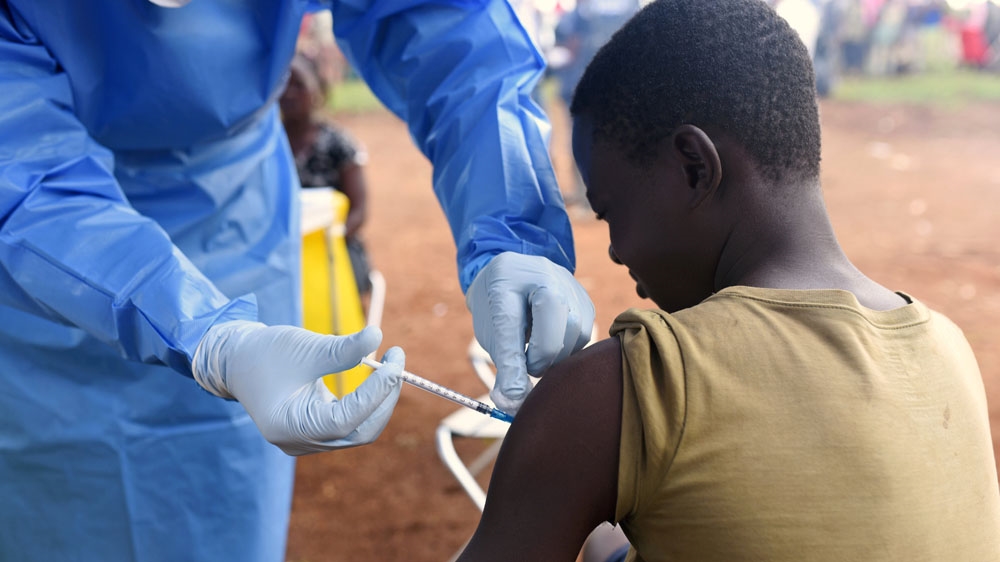 An outbreak of Ebola in the east of the Democratic Republic of Congo (DRC) killed dozens of people this month, the authorities say, rolling out new medicines to tackle the virus, amid concerns it has spread to rebels surrounded area.

A total of 105 confirmed and probable cases of the disease have been reported since the flare-up began on August 1 in Mangina in the province of North Kivu, according to the Ministry of Health.

The World Health Organization (WHO) reported a total of 67 deaths from 23 August, of which 39 were confirmed as Ebola and 28 were probable.

Of the confirmed cases, 11 people recovered from the potentially deadly virus, while 27 others were admitted to the hospital.

Health minister Oly Ilunga Kalenga traveled to Mangina on Thursday and saw two patients being discharged after being treated with a new prototype treatment called mAb114.

"These two people are among the first 10 patients to receive the therapeutic molecule mAb114," the ministry said in a statement.

Congratulations to these survivors, and also to @MinSanteRDC for making research #Ebola treatments available on a scale during an outbreak. A worldwide first and a glimmer of hope for people with the disease. We are your proud partners. https://t.co/n3kwQYLuqm

Tedros Adhanom Ghebreyesus, head of the WHO, on Saturday, the government of the DRC congratulated the provision of various experimental treatments for this Ebola outbreak and called it "a worldwide first and a glimmer of hope for people with the disease".

Developed in the United States, the mAb114 is the first therapeutic drug used in an active Ebola epidemic in the DRC.

The drug consists of a protein that binds to a specific target of the virus and triggers the immune system of the body.

Earlier this week, the Department of Health said that four other experimental drugs had been approved for the treatment of infected patients.

On Friday, the WHO warned that signals that the virus had spread to the city of Oicha in the province of North Kivu could frustrate the efforts to contain the virus.

Although Oicha himself is not under rebel control, Peter Salama, The WHO Chief Emergency Officer said the city is completely surrounded by territory managed by a Ugandan armed group known as Allied Democratic Forces (ADF).

Large numbers of civilians have been killed by unrest around Oicha, while aid workers, priests and government employers are currently being held by hunters.

The current outbreak is the 10th to hit the DRC since 1976, when Ebola was first identified and named after a river in the north of the country.