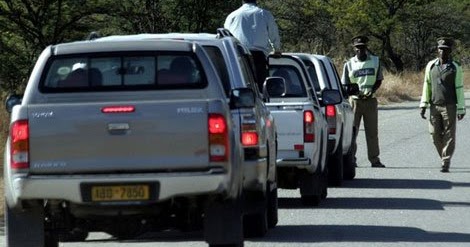 skip to main |
go to the sidebar 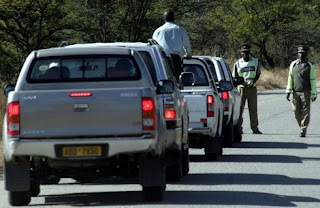 The Central Vehicle Register (CVR) no longer has license plates, an official has confirmed this.


In an interview, the director of the Vehicle Inspection Department (VID), Mr. Johannes Pedzapasi, said that the shortage was caused by a delay in the shipment of the sign-making material from Germany, where the country collects the material that is subsequently provided with local numbers.


"There was also a delay at the Forbes border post, which led to a shortage of plates at various centers across the country," he said.


Mr. Pedzapasi also attributed the delay to the high sea level in the Indian Ocean, causing the arrival of the ship in the country to be delayed.
He said that the license plates of the vehicle had since arrived in the country and still had to be distributed to the respective provinces.


"We were out of stock and only had longer number plates in stock, but we managed to find both short and long versions of the number-companions, and the situation is expected to return to normal soon," said Mr. Pedzapasi.


Stranded drivers who spoke to The Chronicle in Bulawayo said they had waited more than two weeks to get license plates.


They said they had problems with the police because of the lack of license plates.
A motorist from the suburb of Southwold who identified himself as Mr. Byron Mpofu said he had to negotiate with police officers and provide proof that he had requested plates to prevent him from getting into trouble with the law.


"I was lucky enough to find understanding police officers, I showed them all the documentation after I was told to pay a fine, and after seeing all the forms I had in the car, they realized that it was not my fault that I no license plates on my recently imported car, "Mr. Mpofu said.
Some motorists called on the government to consider producing everything locally.


"We have to be able to produce this in the country, we can not use scarce foreign currency to import metal sheets that can be produced in the country, the industry needs to be revitalized and stimulated, and we hope the new government will rectify this because it does not make any sense Zimbabwe has the capacity to produce its own license plates, "said Mr. Tapiwa Majoni from the suburb of Mahatshula South. Chronicle