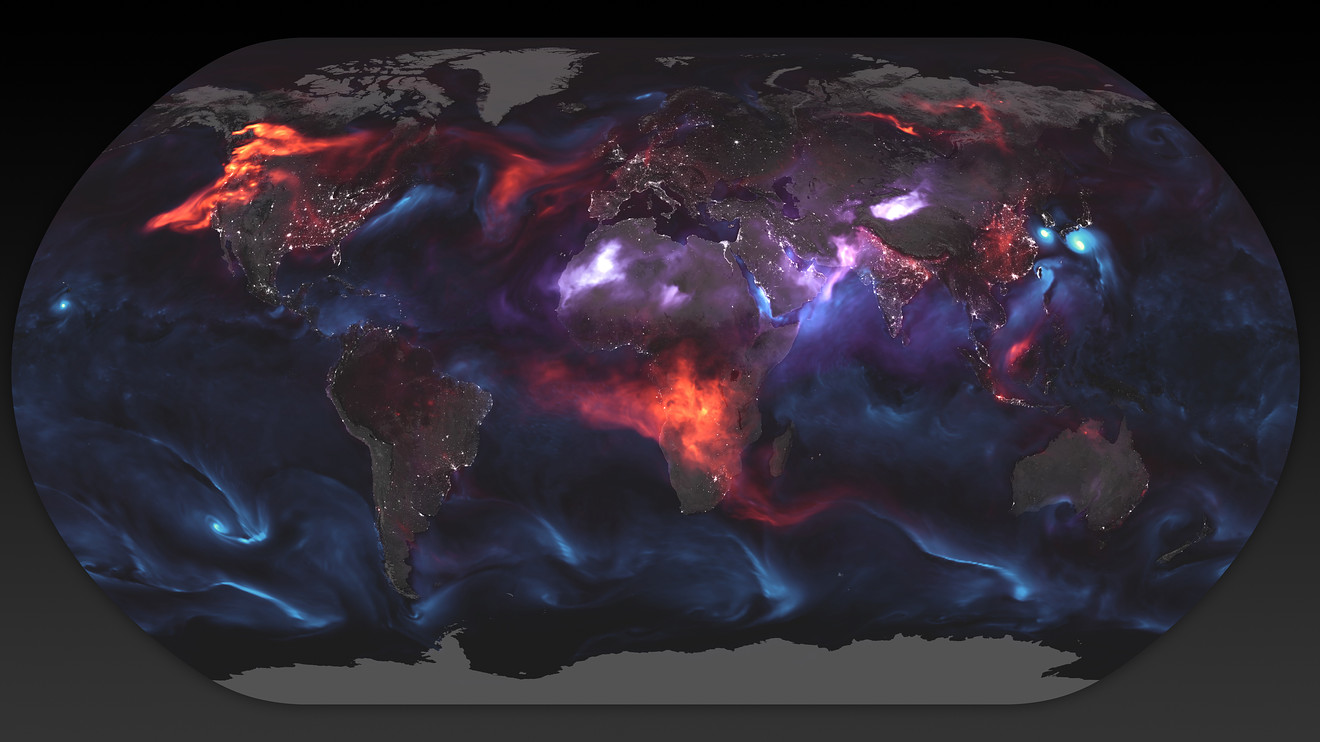 There is something in the air.

A lot of things actually. And new images from NASA show dramatically how invisible particles – such as smoke, dust and sea salt – spread all over the world.

The color-coded images, made on August 23, show smoke from forest fires in western North America, which are sloping in the east of the middle of the Atlantic; dust storms that spread from the Sahara to Central Asia; and sea salt aerosols from massive storms in the Pacific, including two tropical cyclones near South Korea and Japan and Hurricane Lane near Hawaii. Central Africa is also clouded by smoke, which NASA said is coming from farmers who burn farmland.

Read: Here you can read how climate change affects your cup of coffee

It is unclear how special that day was, but scientists say that events that cause increased particulate matter – such as forest fires and hurricanes – are exacerbated by global warming. Some particles, such as smoke from forest fires, can cause unhealthy air quality and health problems.

If you've ever seen smoke from a wildfire or dust in the wind, you've seen aerosols. This visualization uses @NASAEarth satellite data to show the expansive image of the mishmash of particles that dance & swirl through the atmosphere https://t.co/kSeB1jWjmP pic.twitter.com/I9BKFPik01

And although the image seems threatening, it is almost just a new day on earth. NASA notes that every time you breathe: "Even if the sky looks bright, it is almost certain that you will breathe millions of solid particles and liquid droplets" that can be found in almost every ecosystem.

Would you like to receive news about Europe in your inbox? Subscribe to the free MarketWatch Europe Daily newsletter. Register here.