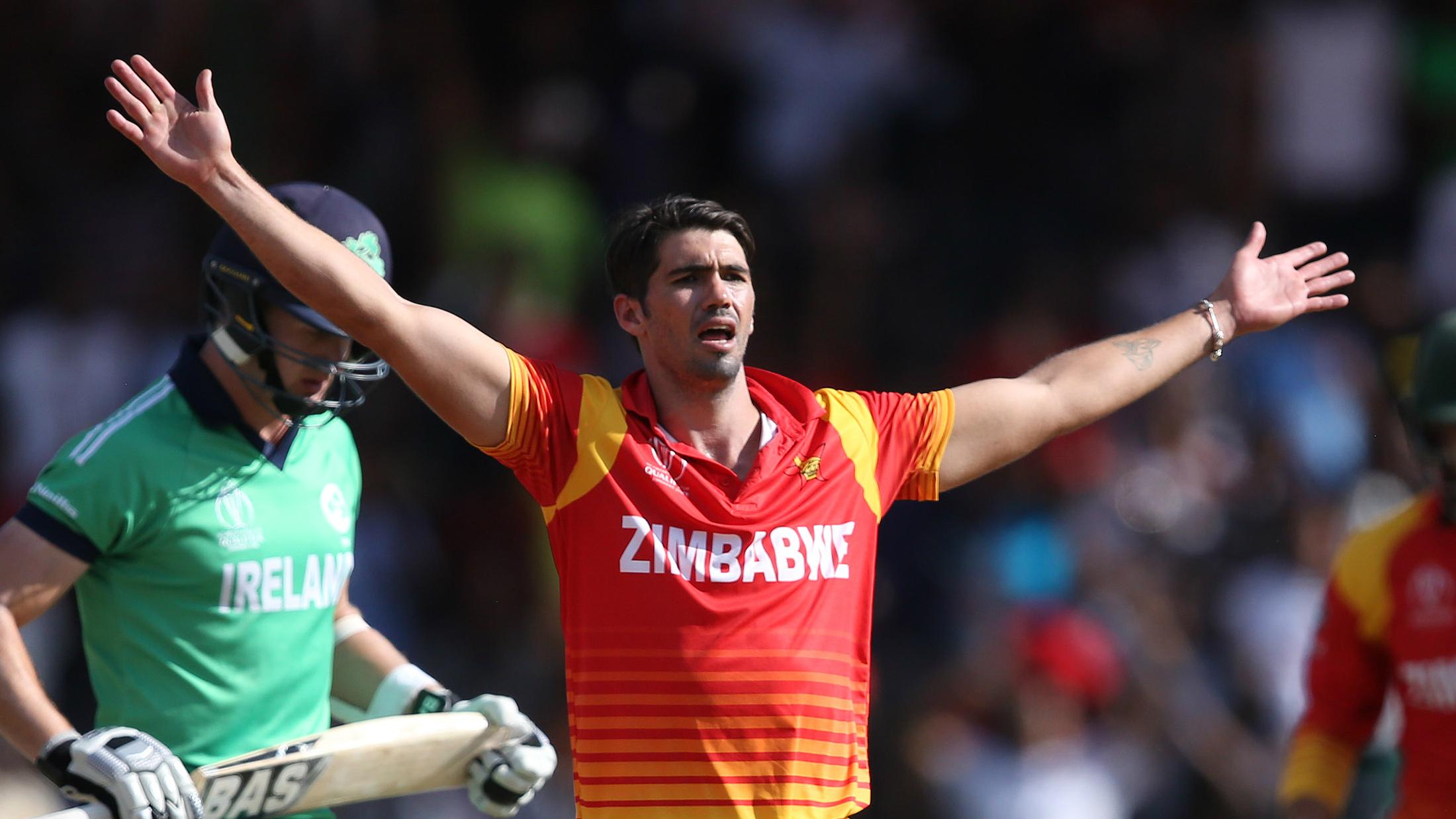 Graeme Cremer, the leg spinner of Zimbabwe, will miss the upcoming match against South Africa and Bangladesh after a knee operation, which was confirmed on Sunday 2 September.

Cremer had been struggling for some time with problems in his right knee and was recently under the knife. His last action was at the ICC Cricket World Cup Qualifier 2018 at home, in the Super Sixes match against the United Arab Emirates, which lost Zimbabwe with three points (DLS method).

Anesu Mupotaringa, physiotherapist from Zimbabwe, explained Cremer's situation: "After months of discomfort and pain in the knee, with conservative interventions that did not relieve symptoms, Cremer finally went to knee surgery on 23 August.

"The operation went smoothly and Cremer is now recovering well at home, we now watch at least six-eight weeks before he can get back into action, which absolutely prevents him from traveling through South Africa and Bangladesh."

Solomon Mire and Kyle Jarvis are both back after an injury

Zimbabwe, however, got a lift for the tour with the return of the best order dasher Solomon Mire and pacer Kyle Jarvis, who both missed the one-day international series at home against Pakistan in July due to injuries.

Both Mire and Jarvis suffered injuries during the Twenty20 International tri-series against Australia and Pakistan and as a result they missed the next ODIs against the last in July.

Mire took an ankle injury in the tri-series before he ran a gluteal tear in Zimbabwe's final game against Australia, while Jarvis broke his right thumb during the first game during the fieldwork.

"Mire is now fully recovered from his ankle injury, while his buttock muscle is now strong after successful rehabilitation and he will be ready for our tours in South Africa and Bangladesh," said Mupotaringa.

"Jarvis recovers very well after his second operation on his broken thumb in Cape Town, he has now started with light bowling and batting exercises with the team and we hope he will be ready for South Africa."

Elsewhere Carl Mumba, the 23-year-old pacer who last played in an international game in July 2017, will take action again after he has recovered after a long period of games. Mumba broke his knee during an ODI against Sri Lanka in Hambantota in July last year and has not played since.

"It was good to see Mumba back on the cricket ground training with the rest of the squadron, he had a major surgery for the ligament ligament six months ago and we will continue to monitor him closely and see how he gets through," said Mupotaringa.