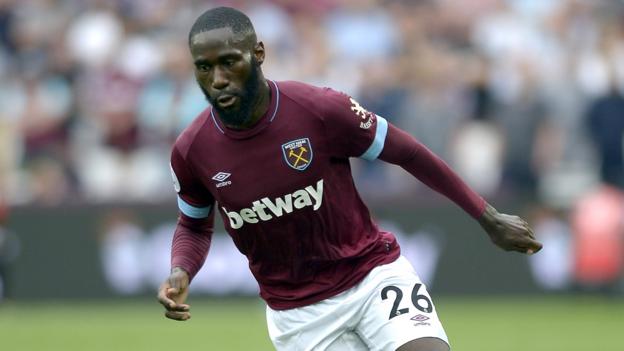 DR Congo coach Florent Ibenge has appointed uncappedArthur Masuaku of West Ham in a 26-man squadron for a 2019 Africa Cup of Nations qualification match against Liberia.

Masuaku, who played for France at youth level, has been called twice before, but still has to play for the leopards.

In March, the defender was one of four players who left with a friendly game against Tanzania, which led to "organizational disorder and travel frustration".

However, there is no place in the squad for the Chinese star Cedric Bakambu.

Bakambu, despite his good form, is not included in his Chinese Super League Beijing Guoan, as he has scored 13 times in 15 games this season.

The move of the 27-year-old to China made him the most expensive African player in history.

Chancel Mbemba and Marcel Tisserand are both absent due to an injury, while Gael Kakuta was also overlooked on September 9 for the game in Monrovia.

Yannick Bolasie, who won his 32nd caps against Tanzania in March and recently joined Aston Villa on a seasonal loan from Everton, is also included.

DR Congo started the qualifying campaign for the Nations Cup in 2019 with a 3-1 victory over visiting neighboring countries Congo Brazzaville 3-1 in June 2017, with Bakambu scoring twice.