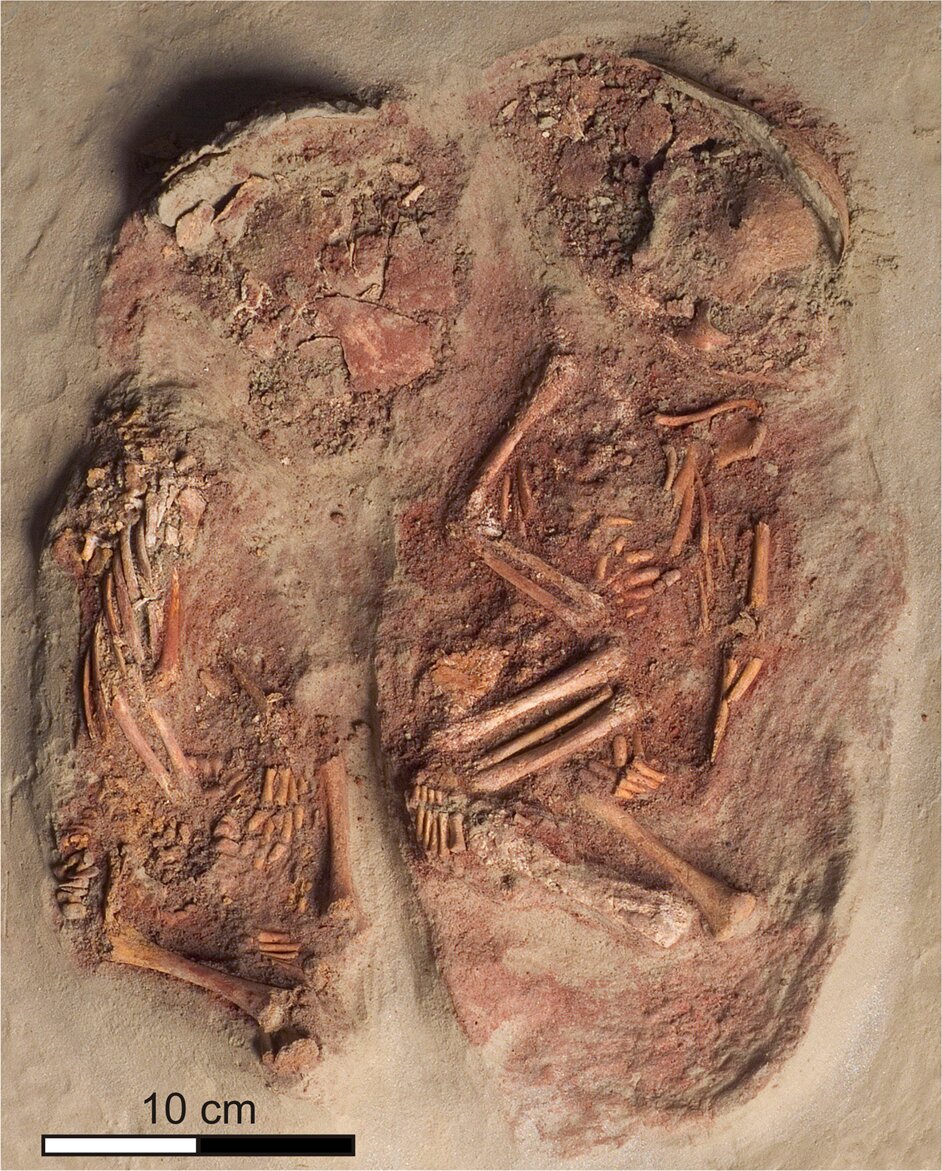 A team of researchers at multiple institutions in Austria, the US and Portugal has identified the remains of two babies found in an old grave in Austria as identical twin babies. In their paper published in the journal Communication biologythe group describes their study of the remains and surrounding artifacts and what they learned about the burial.

In 2005, archaeologists discovered the remains of three very young people buried in a grave at the Krems-Wachtberg excavation site in Austria – all three were dated to about 30,000 years ago. Work on the site has revealed the presence of an ancient settlement called Gravettian. In this new effort, the researchers studied the remains of the three babies and analyzed other artifacts found in their graves.

Two of the babies were buried under about five meters of soil. They sat close together under a mammoth shoulder bone that had been cut and shaved to serve as the lid of a chest. The lid had protected the remains, making them in very good condition. A DNA analysis showed that the two babies (both boys) were newborn identical twin babies. The first died shortly after birth, the second died about 50 days later. The time between deaths indicated that the tomb had been reopened for use when the second baby died. The third child, buried a short distance away without a cover, was in bad shape, but the researchers were able to retrieve DNA material that showed it was a cousin of the other two babies. The cause of death of the infants is unknown.

This document is protected by copyright. Other than fair treatment for the purposes of private study or research, no part may be reproduced without written permission. The content is provided for informational purposes only.