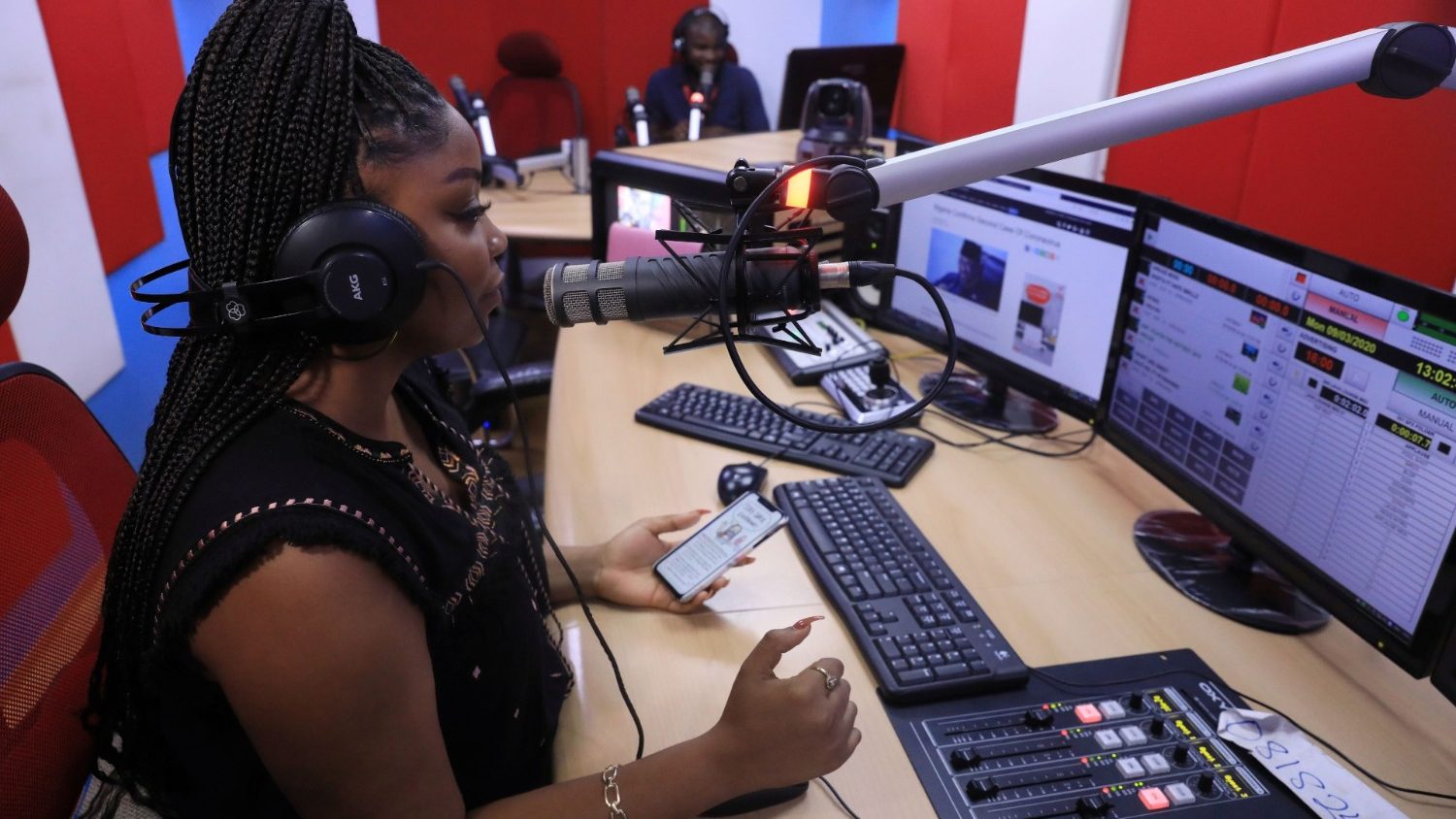 The 40 young people, most of whom already work for Catholic dioceses or Catholic media houses, are divided into two groups of 20 each according to French or English speakers. Ten of some of Africa’s seasoned Catholic media practitioners will take turns sharing their knowledge and skills with the young people. Emphasis will be on using smartphones and other digital tools to help participants create better African hope stories. Organizers hope that even with basic digital devices, the final product can be authentic and polished.

Taking the power of manipulation away from big players

At the opening ceremony this week, Nigerian Bishop Emmanuel Badejo of the Diocese of Oyo, who is the Bishop Chairman of the Pan-African Episcopal Committee for Social Communications (CEPACS), praised SIGNIS Africa for the initiative. Stories told by Africans themselves, said Bishop Badejo, provide a more sympathetic understanding of Africa’s difficult situations.

“While the whole world can see our misery and tragedies from afar and easily report them as we see fit, it is up to us and in our best interest to tell ‘the participant’s story’, the alternate story, the additional story that takes over the power of manipulation away from the major players and in a sense determines the true story. We don’t create the news, we just bring it closer to the truth of what happened, ”he said.

Bishop Badejo further challenged SIGNIS Africa to repeat the training and extend it to other young evangelizers in Africa, such as seminaries, novices in religious congregations and others.

“I also hope that these kinds of workshops can be repeated for other youth in Africa who have other pastoral or ecclesiastical callings and assignments in a way that is tailored to their purpose, namely priests, religious, seminarians and catechists. In that way, I think a new generation of skilled representatives of hope could emerge in the Church in Africa to establish a new continental information order, ”said Bishop Badejo.

The inspiration came from Pope Francis

For his part, Chairman of SIGNIS Africa, Professor Fr. Walter Ihejirika from Nigeria said SIGNIS Africa’s board of directors was inspired to organize the training through Pope Francis’ pastoral teachings.

SIGNIS World President, Mrs. Helen Osman, of the United States and several other dignitaries delivered messages of goodwill. Speaking on behalf of their colleagues, two young participants pledged to faithfully attend the training and, when finished, use their skills for the benefit of their communities by documenting African stories of hope.

SIGNIS is a Catholic lay lay movement for professionals in the communications media, including press, radio, television, film, video, media education, the Internet and new technology. It is a non-profit organization with representation in more than 100 countries.