Call of Duty brings in $ 3 billion for Activision Blizzard

zimbabwe December 4, 2020 zimbabwe Comments Off on Call of Duty brings in $ 3 billion for Activision Blizzard 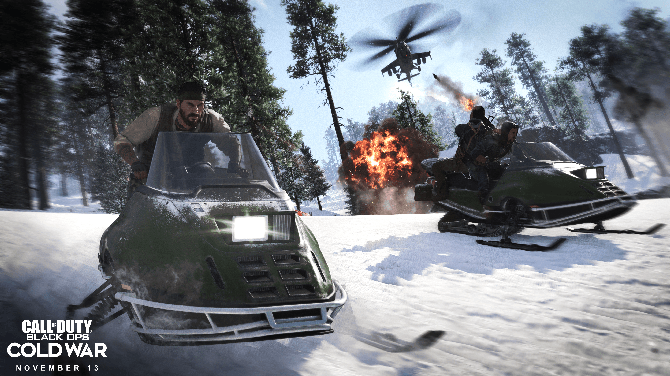 A record number of people played games on the “Call of Duty” franchise in November.

The company announced on December 4 that the franchise has netted more than $ 3 billion in total bookings in the past 12 months, a measure that includes product sales and in-game purchases.

The announcement comes less than a month after the release of Call of Duty: Black Ops Cold War, the latest installment in the series. The game broke a franchise record for day one digital sales on its debut, and the total number of copies sold in the past 12 months is now 40% higher than the same time last year.

Both sales and the amount of time players spend in the game skyrocketed during the pandemic. According to the company, November was the largest month in the series’ history in terms of both total number of players and hours played.

Those numbers have been helped by the release of titles that complement the core games in the series, including ‘Call of Duty: Mobile’ and the free-to-play game ‘Call of Duty: Warzone’.

All told, Activision says more than 200 million people have played at least one of its “Call of Duty” games in the past year.

Byron Beede, Activision’s executive vice president, said in a statement that the company plans to keep current players engaged with a “continuous pipeline” of new content and special events.

The popularity of the “Call of Duty” series helped the company outperform industry expectations in its most recent quarterly earnings. Activision reported that net sales increased to $ 1.95 billion in the third quarter of 2020, up from $ 1.28 billion in the same period a year earlier.

For reprint and license requests for this article, CLICK HERE.